Get fresh music recommendations delivered to your inbox every Friday.

From Desolation Row (2018) by Sara Corry

from Something Is Happening Here by Brianna Matzke 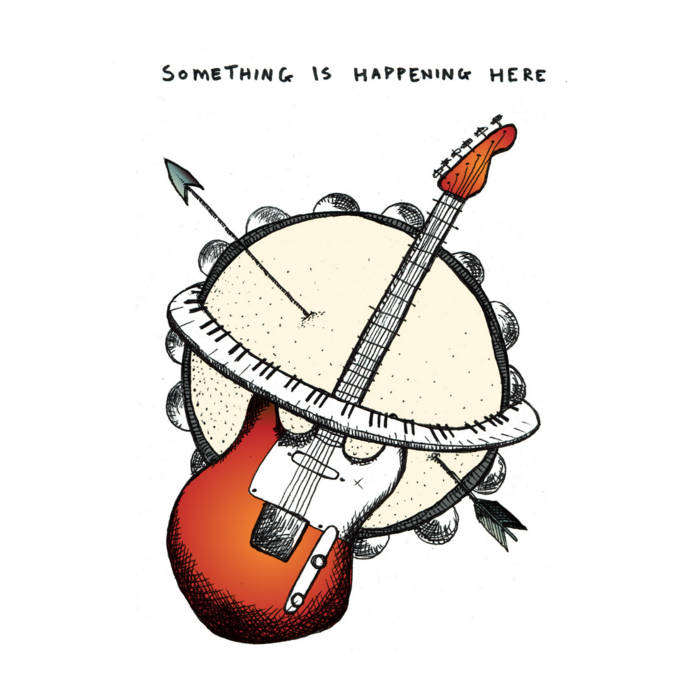 The lyrics of this wonderfully creative 12-minute behemoth of a song are as relevant today as they were when they were written. Bob Dylan’s “Desolation Row” weaves a story from a series of vignettes that describes the chaotic territory that was 1960s America. There are so many parallels between the 60s and today, some of these microclimates that Dylan describes are things that we’re still dealing with today regarding politics, race, ethnicity, gender, and the environment. Each of the vignettes describe a character and a scene and their relation to “Desolation Row.” The characters, the “people that [he] mentions, I know them,” we all know them. While their names have been changed and their faces rearranged their underlying human condition, and struggles are the same. History, our place in it and everyone’s place in it, is messy. It is not something that you can summarize in a neat sentence.

The piece was a response to a few of the personally poignant vignettes from “Desolation Row.” The responses are broken down into five movements creating a series of musical postcards.

memories in a trunk
Calm, disheveled and a bit mad. Einstein reflects on evocative yet repressed memories. A shadow of the person he once was.

Across the street they've nailed the curtains, they're getting ready for the feast
The Phantom of the Opera in a perfect image of a priest
They are spoon feeding Casanova to get him to feel more assured
Then they'll kill him with self-confidence after poisoning him with words
And the Phantom's shouting to skinny girls, "Get outta here if you don't know"
Casanova is just being punished for going to Desolation Row"

she seems so easy
Cinderella, she seems so easy, "It takes one to know one," she smiles
And in comes Romeo, he's moaning. "You Belong to Me I Believe"
And someone says, "You're in the wrong place, my friend, you'd better leave"
And the only sound that's left after the ambulances go
Is Cinderella sweeping up on Desolation Row

riot squad
Bombastic circus of restless people, looking for the next place to cause alarm and panic. It is easier to divide and strengthen hate with fear than to unite.

They're selling postcards of the hanging, they're painting the passports brown
The beauty parlor is filled with sailors, the circus is in town
Here comes the blind commissioner, they've got him in a trance
One hand is tied to the tight-rope walker, the other is in his pants
And the riot squad they're restless, they need somewhere to go
As Lady and I look out tonight, from Desolation Row – S.C.

from Something Is Happening Here, released March 15, 2020

Bandcamp Daily  your guide to the world of Bandcamp